… and data ownership of the User eXperience (UX)

Over the past few months and rightfully so, data ownership and security were, once again, hot topics thanks to Facebook and Cambridge Analytica.

European RGPD framework might be considered as a solution to fix the problem in the US. ( Up to a point … you may have noticed like me that during Mark Zuckerberg hearing, the audience burst laughing when Mark Z. answered positively to the suggestion it might be a good idea for the US to build a framework with a spirit close to RGPD).

At the same time, many marketter would like to keep trace in the cloud of most of your  User eXperience (UX) by placing it together with the information they have on supply chain and traceability puting the two part of the full cycle together.

The first part of the full circle is classical in any manufacturing and supply chain process. Companies try to track and trace of all components and transfer as shown in the picture below. This also offers full traceability for the customer and might be seen as a “plus” especially if the product claims to be Organic. This is typically done in a Product Lifecycle Management tool (PLM).

For the second part, which concerns the usage of the product, it is far less obvious. Let’s take the example of the life of a can of Coke in B2C.  I bought it with my WeChat application at the vending machine (fully traceable). The can has a unique identifier which traces all the supply chain (where it has been produced, with which batch of water and aluminium etc …). This physical aluminium can of Coke I have in my hand, has a digital image in the cloud, a “digital twin” where the brand keeps track for each item sold of “as engineered, as built, as maintained” (like for a train)  – and tomorrow it will include information not only about production and supply chain but most likely also about the customer’s usage. 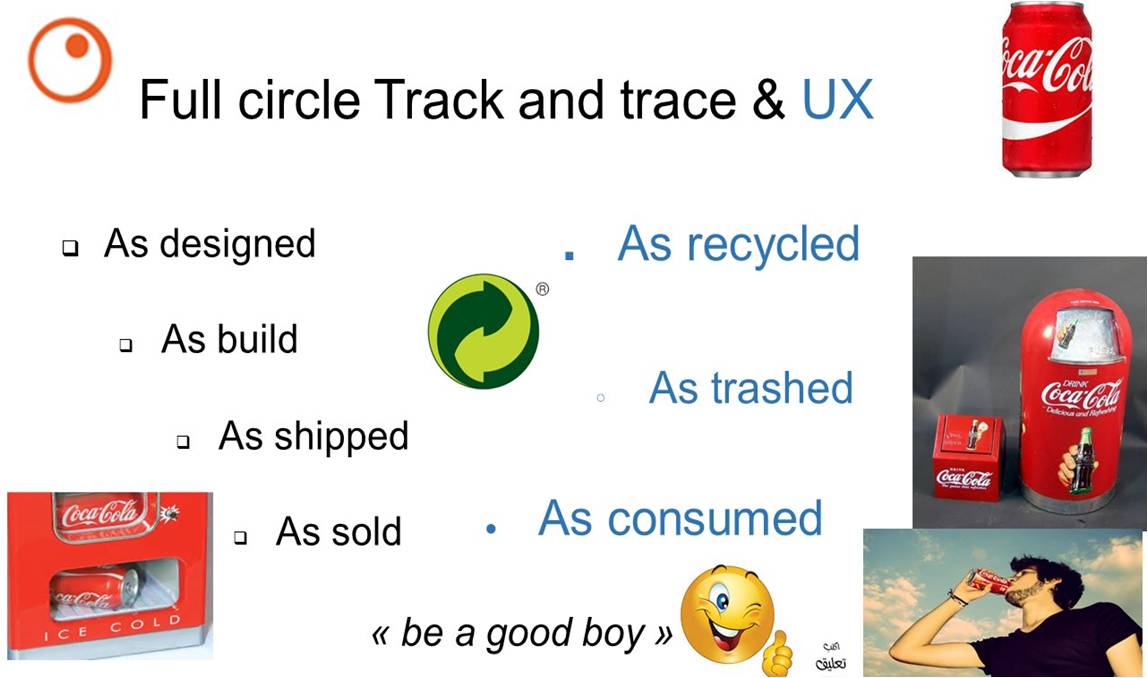 Therefore the brand will have the full picture for supply chain and recyclability of the aluminium can afterward, but also for internal marketing purpose, to better understand the User Experience (UX) in its Product Lifecycle Managment tool (PLM).

And here lies the problem on data ownership and on its usage.

Normally, the general common understanding is that when the customer pay $1 for the can of Coke, he becomes the owner of the can and of the information attached to it … at least regarding his consumption.  But, even if he did not take the time to read all the small fonts of the Terms & Conditions in the Coke’s app he used to get 10% discount on the regular price, one can be sure that Coca-Cola somewhere did ask permission to keep the information about the usage of it. But if, for instance, he is a diabetic, he doesn’t want his doctor to know that, this afternoon, he had three cans of Coke and that on top of it, he did put an empty can in the wrong recycling bin. Therefore he does not want Coca Cola to keep that info in their  digital twin … despite all the brainwashing about traceability.

As a reminder, during the Facebook hearings, Facebook was put in a bad position when he was reminded that he signed a consent order with the FTC in 2011 ( with consent to correct the fact that Facebook misinformed the users about what data where collected and for which purpose). Potentially, if proven guilty of non complying with this consent order, Facebook could face a huge fine (as much as 40 000$ per user … x 2 B = 80 Trillions $ !!) 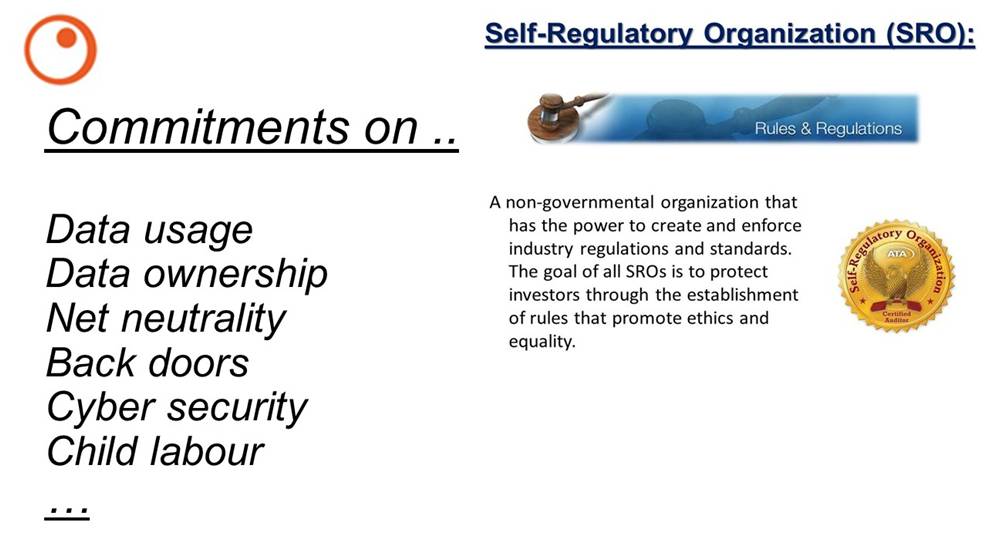 In the meantime and as long as the congress is not passing a law to set the standard – and since most companies may be strongly attracted by such full track and trace solution because they really want to have the UX – a solution might be that the consumer impose on their favorite brand to commit on a simple chart which specifies simple rules they would commit to.  They could do so by joining a self regulated organisation (SRO) which will list in plain English simple commitments for example on data usage, data ownership, Net Neutrality, Cybersecurity, child labour etc. This solution was mentioned at the CES of January 2018 before Facebook’s scandal. The idea is still in the air and even more so.