Impact of the Silk Road on the Decathlon supply chain

Having understood Decathlon’s strategy of both manufacturing and product development, it is interesting to better understand how the Silk Road will impact it. 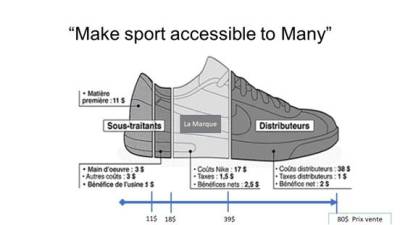 So you remember, the Silk Road, launched in 2013 by the current Chinese president, consists of lending around 150 billion a year to 68 countries to carry out infrastructure projects, whether by land, sea or air, to secure the supply and export routes of the Chinese economy.

Following the recommendations of the Chinese government which, in 2013, initiated the New Silk Roads (一带一路; One Belt, One Road), Chinese companies are accelerating their presence abroad through equity investments and buyouts.

The New Silk Roads will be officially completed in 2049. Celebration of the 100th anniversary of the People’s Republic of China and the return of the Middle Kingdom to the centre of the world stage.

These new logistic routes (maritime, rail and air), will allow Chinese companies to broaden their product and service offerings and strengthen their presence in strategic industries such as tourism, luxury goods, new technologies, agriculture and everything related to food.

Because a container leaving China for Europe should no longer return empty, as is often the case today. When the Chinese buy farmland in France, it is not to resell the crops locally, but to send them to China and supply the Chinese “granaries”.

Thanks to all these new logistics centres, China is making sure that it maintains peace in all the geographical areas where it has invested: “Who wants peace, prepares for war”, or “winning a battle, without fighting, is the greatest victory”. 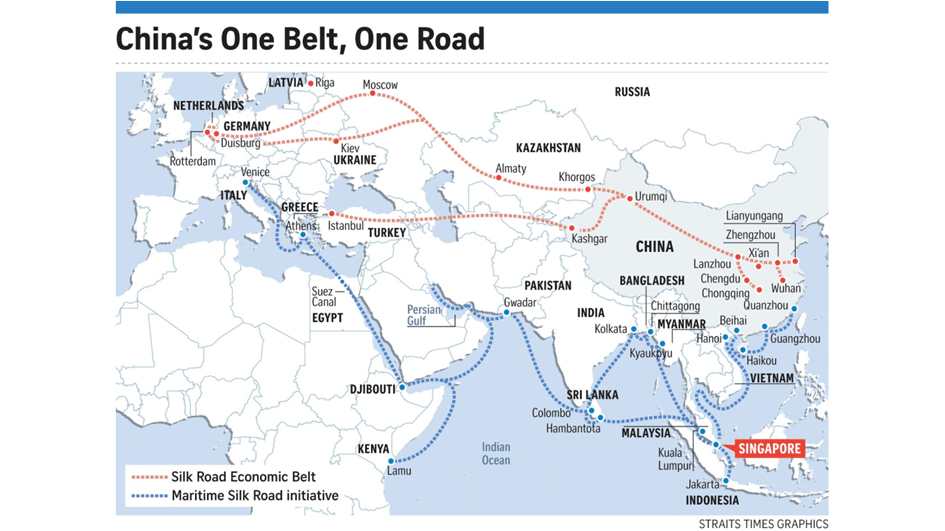 Thanks to the railway lines it has built, its companies will be able to deliver their products, whether they are made in China or elsewhere, directly to the dispatch centre.

As for the shareholdings, they will be able to keep a watchful eye, be aware of market trends and be a partner. As in a game of go, the goal is not to make your opponent lose, it is not a matter of failures, but to surround him and to have a territory more important than his own to dominate him.

By investing $1 trillion in infrastructure projects outside its borders, China wants to reduce the distance separating it from other countries. Once again, Pragmatism prevails: “be close to your friends and even closer to your enemies”. 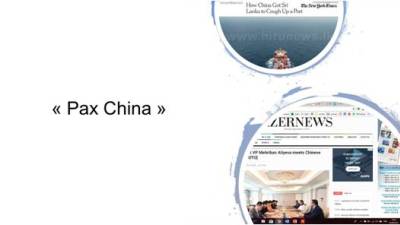 The Chinese apply wonderfully this American precept “Golden rule nb1: Who has the Gold … set the rules”. These contracts are drafted with Chinese law and repayment clauses which, if not respected in the classical way, require the transfer of the infrastructure to a Chinese state-owned company. As such, one should read this article from the New York Times which explains in great detail how the port of Sri Lanka became 100% Chinese after a few years and by playing a strategic game of encirclement. In the end, this made it possible to welcome a Chinese submarine there on the day of President Li Yinping’s visit to his Indian counterpart some 300 km away. In the same way, the “Pax China” is having an effect in countries like Kazastan where the Chinese explain to their hosts that corruption, for example, or even terrorism are repellents to business and that it is therefore up to the local government to clean up if they want to continue to receive Chinese loans.

So it’s a real Marshall plan that should be finished in 2049 but as we will see it already brings sensitive projects in Decathlon’s supply chain.

As a reminder of the orders of magnitude, Decathlon has to stock its 1360 stores worldwide with a majority of products under its brands, 48% of which come from China. This represents a traffic of 800 containers per month. In the past, these containers left by boat from Shanghai to Rotterdam where they were then transferred by road to the Lille warehouses. The total transit time was 41 days. 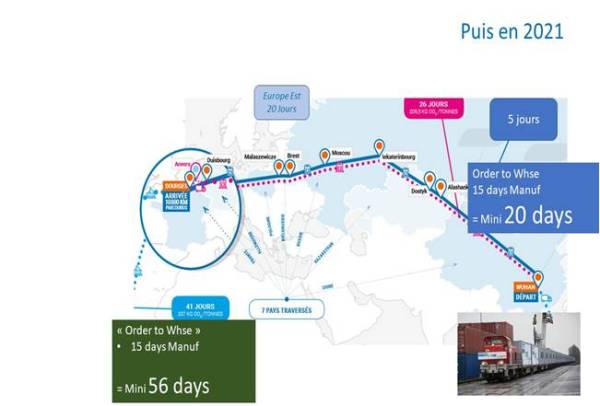 From 2017, the transfer by rail from Wuhan to Lille becomes possible, i.e. 10,300 km from Wuhan to Lille. Thanks to infrastructure projects, notably the homogenisation of the rails in the 7 countries crossed, train transit reduces the journey time to 26 days. In 2018 Decathlon has managed to reduce this time to 21 days by mounting its first blue train with 40 100% Decathlon containers.

Finally, the Chinese government’s 5-year plan promises a journey time as early as 2021 of 5 days in 3 years! To understand the impact in terms of Supply Chain but especially in terms of product reactivity and development time, it is necessary to know that an average manufacturing time for a batch of products such as shoes is 15 days. So before, when the boat went round the cape, it was a minimum time from order to stock of 56 days (41 days + 15 days) which tomorrow in 2021 could be reduced to 20 days ( 15 + 5).

The Chinese government also has a great deal of foresight: today and even more so tomorrow, China will no longer be the low-cost local producer in Asia; it will have to base its supply chain on new emerging countries such as Pakistan, Vietnam or Bangladesh. Likewise, Decathlon, aware of this reality and faithful to its mission of “making sport accessible to the masses”, must obviously ensure that it remains very competitive in terms of price and therefore explore these new opportunities… 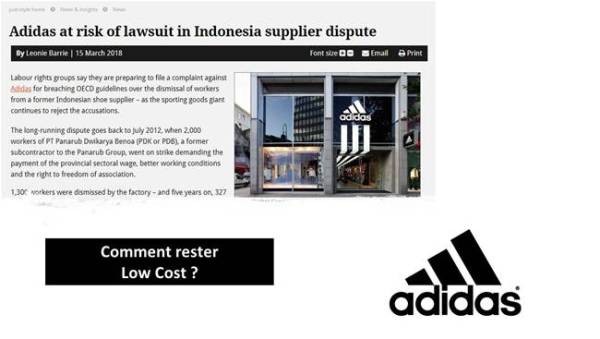 Contrary to some of their competitors who brutally move their site from China to these new low cost countries, causing quite rightly a lot of confusion and incomprehension, Decathlon has another strategy. He considers that the co-development relationship they have built with their local suppliers is much more important and valuable than a simple short-term cost reduction (remember a total of 7 € in manufacturing costs for a sports shoe). So they tell their partners that it’s up to them to develop internationally and especially in low-cost countries to remain competitive.

Once part of its production has been relocated, the Chinese manufacturing partner will probably bring it back to China, and then take this silk road infrastructure back to Europe with a 5-day transit.

innocherche2020-02-26T13:26:15+00:0026 February 2020|Categories: Uncategorized|Tags: china, Décathlon, innocherche, innovation|Comments Off on Impact of the Silk Road on the Decathlon supply chain